I have been injured and am on workers’ compensation? Does my employer have to keep my job open for me?

Where an injured worker has made a workers’ compensation claim, the claim has been admitted by the insurer and the worker has regained partial or total capacity for work the employer must allow the worker to re-occupy their previous position or a comparable position. Here, section 84AA of the Act notes that:

(1) Where a worker who has been incapacitated by injury attains partial or total capacity for work in the 12 months from the day the worker becomes entitled to receive weekly payments of compensation from the employer, the employer shall provide to the worker —

(a) the position the worker held immediately before that day if it is reasonably practicable to provide that position to the worker; or

(b) if the position is not available, or if the worker does not have the capacity to work in that position, a position —

(i) for which the worker is qualified; and

(ii) that the worker is capable of performing, most comparable in status and pay to the position mentioned in paragraph (a). 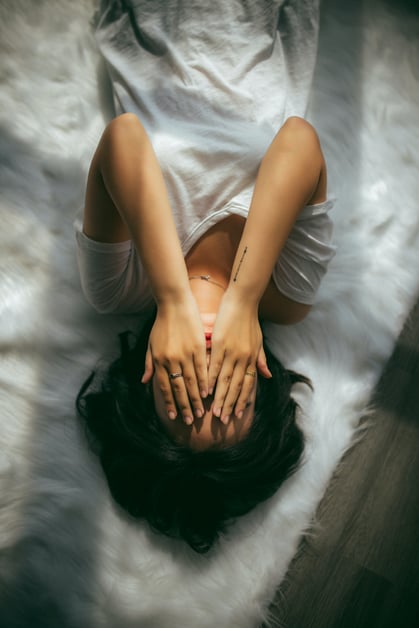 Generally this Section of the Act is seen to provide some protection to workers as they are able to return to their former work within 12 months. Notwithstanding this, employees should proceed with great caution as the Section is worryingly qualified by the words “reasonably practicable”. Over time, employers have used this technicality to avoid the obligation of having to keep an injured workers’ job open for 12 months. Most importantly, however, the Section does not provide any protection to the worker once they have returned to work. Here, there is nothing stopping the employer from giving reasonable notice to the employee under the Act and terminating their employment upon their return to work. Over time, Separovic Injury Lawyers have witnessed firsthand hundreds of instances where employers have unlawfully terminated the employment of, or, removed the position of injured workers on workers’ compensation. To help avoid this happening to you it is strongly recommended that you obtain specialist injury law advice as soon as possible.

In situations where the employee has been dismissed for serious or wilful misconduct, protection is provided to the employer and it is not required to provide a position to the injured worker.

It is also important to note that if the worker was working in a temporary or acting capacity at the time of the injury the employer is required to provide a position for the worker to return to that is comparable with their substantive occupation and role and not the role in which the worker was temporarily acting in.

What happens to my position if I return but then cannot carry on working?

Section 84 of the Act explains that an injured worker should not be prejudiced if they attempt to return to work after their work accident but are not able to do so due to the ongoing impact of the work injury. This Section is taken to mean that if the worker is not to be prejudiced by a return to work, the worker could then fail in their return to work and the right to compensation payments should still exist. The consideration of this issue over time has led to the development of the legal concept of a ‘benevolent’ employer and was first explored in Hamilton v Shelton Iron, Steel & Coal Co (1926) 19 BWCC 475 at 494–5 where Lord Atkin noted:

It may be a special employment given him by his employers, partly to relieve themselves from liability to compensation or by some sort of arrangement with the insurance company, or out of benevolence to the man, or by reason of some organisation by which they give certain light jobs to the persons who have been injured in their employment. What the learned judge has always to consider is a question of fact, whether or not the fact that a man has had employment of that kind is something which should conclusively guide him as to what he is able to earn from the accident.

Putting the concept of the benevolent employer aside, it should be noted that within the West Australian jurisdiction any time that the worker is able to return to work and work at full capacity is not counted in the year long period that the employer is required to keep an injured workers’ role open for.

Can my employer terminate my employment while I am on workers’ compensation?

Unfortunately for employees the short answer here is yes, but only if 12 months from the date of injury has expired (section 84AA of the Act) and particular administrative notices are provided.

Under the National Employment Standards, an employer can terminate an employee whilst they are on workers’ compensation. Here, in most cases the employer will need to give the employee written notice of their intention to terminate their employment. Here, pursuant to the Fair Work Act 2009 notice periods do not apply to employees who:

Fortunately, in Western Australia the employer is obligated by law to notify the worker and WorkCover WA of their intention to dismiss a worker. Here, Section 84AB confirms that:

(1) An employer must not dismiss a worker to whom section 84AA(1) applies unless the employer has given to the worker and to WorkCover WA in accordance with subsection (2) a notice of intention to dismiss the worker.

(2) A notice of intention to dismiss a worker -

(a) is to be given to the worker and to WorkCover WA not less than 28 days before the dismissal is to take effect; and

(b) is to be in or to the effect of the form prescribed and contain substantially the information sought in the form.

(3) Nothing in this section limits any other obligation of an employer or rights of a worker under this Act or any other written law.

If an employer dismisses a worker contrary to this Section, the employee may gain rights in regards to reinstatement to their position or to compensation that may be awarded by an industrial tribunal. In Pacey v Modular Masonry (WA) Pty Ltd (1998) 78 WAIG 1421 the employer did not provide notice to the employee or WorkCover pursuant to Section 84AB. The employee was made redundant on basis that the financial performance of the business necessitated the redundancy and that the employee's work performance had not been satisfactory. The employee concerned was on workers’ compensation and was not physically at work when the decision to make him redundant was made by management. The Western Australian Industrial Relations Commission later held that the employee had gained rights due to the employer’s contravention of Section 84AB, that the employee was regarded as a satisfactory employee prior to being dismissed and that the dismissal was unfair.

Employees who are covered by an award, enterprise agreement, other registered agreement or employment contract should check if they have different notice of termination entitlements for when they are away from work on workers’ compensation as they may be entitled to additional payment like payment in lieu of notice.

I have been terminated because I have been injured. Can I still make a workers’ compensation claim?

As a general principle the legal rights of a worker to receive compensation accrue from the date of disability or injury. This principle was famously tested in the matter of Ogden Industries Pty Ltd v Lucas (1967) 116 CLR 537 where the claimant was employed as a process worker. The worker suffered an initial aggravation and acceleration of coronary artery disease and myocardial degeneration. The worker later died from pulmonary oedema. It was found that the injury occurred in course of, and, arose out of the workers’ employment and that payment of compensation “was fixed as at the time the time the respondent suffered the injury giving rise to the liability”.

In simple terms, this means that if a worker suffers total or partial incapacity as a result of a work injury they are able to make a claim for workers’ compensation, irrespective of their employment status at the time. This position would apply to an injured worker who may have been terminated, made redundant or who had resigned.

Injured workers need to exercise caution if they have some capacity for work and move from one employer to another as any such moves can impact upon their compensation claim.

How can Separovic Injury Lawyers assist you with these issues?

With over 30 years’ experience dealing with West Australian workers’ compensation legislation, claims and negotiations, Separovic Injury Lawyers, can provide you with the no nonsense legal advice that you need to deal with situations where the employer or insurer are trying to terminate your employment. We take the time to learn about your work and your injury and also what you want in terms of a resolution to your workers’ compensation claim. Every new client receives comprehensive verbal and written legal advice which is provided free and with no obligation to continue with our services. We ensure that you are provided with a clear road map which explains how we can protect your legal entitlements and get you the best compensation claim result.

Employers and insurers are using increasingly sophisticated methods in their attempts to terminate the employment of injured workers. This can be a complex area of the workers’ compensation legislation and it is very important to get specialist personal injury legal advice. Call us now to discuss how we can safeguard your legal entitlements and get the most from your claim.