Car crash compensation claims - how are they assessed? 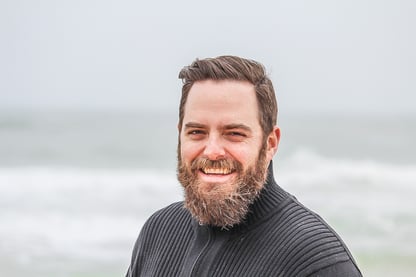 When assessing a motor vehicle injury compensation claim, ICWA may, on behalf on an insured person or the owner and driver of an uninsured vehicle:


Car crash injury compensation claims - can I lodge a claim?

If you are injured in a road accident due to the negligent actions of an individual operating a vehicle, registered in Western Australia, you are entitled to make a claim for personal injury compensation. This includes injured drivers, passengers, cyclist's or pedestrian's and also includes people who were financially dependent on someone who was killed in a motor vehicle accident.

Car accident injury compensation claims - how do I make a claim?

If you are the owner or a driver of a vehicle that is involved in an accident, in Western Australia, you must report the accident as soon as possible after the crash. By using the on-line crash reporting facility both WA Police and ICWA are informed about the crash.

If you were injured in the car accident and want to make a claim for personal injury compensation you will need to call ICWA on 9264 3333.

ICWA will provide a Notice of Intention to Make Claim Form and a Medical Authority. You will need to complete and return these documents in order to begin the claim assessment process. Separovic Injury Lawyers can provide you with assistance in regards to the completion of any of these important steps.

Car crash injury compensation - claim accepted. What does this mean?

On completion of their investigations ICWA writes to the injured claimant or their lawyer and provides advice regarding whether they will accept liability in the claim. If ICWA accepts liability for your accident and your injuries it will eventually compensate you for pain and suffering, loss of enjoyment of life, permanent disability, financial loss, medical treatment and miscellaneous expenses.

Car accident compensation is paid in the following manner:


Car accident injury compensation - claim denied. What can I do now?

In some cases, ICWA denies liability or argues that there should be an apportionment of liability, in which case they will offer to pay your compensation on the basis that you will eventually receive a percentage discount from the total compensation you would otherwise be entitled to receive, which reflects the extent to which you were at fault e.g. a 30% apportionment.

Very importantly, if your claim in denied by ICWA or they offer an apportionment of liability, Separovic Injury Lawyers strongly recommend that you obtain expert personal injury legal advice as to how you could proceed with a claim. In these situations the plaintiff injury lawyer can gather additional evidence relating to the accident, identify witnesses, take witness statements, examine CCTV, roadside or dashboard camera footage and /or obtain specialist opinion in an effort to establish ICWA's liability for the injuries caused in the road accident.

If ICWA denies liability in a particular claim, it does not mean that the injured person will automatically not receive any compensation. It simply means that they will argue they are not legally liable to pay compensation on the basis that the person making the claim was 100% at fault.

Whether compensation is eventually payable will be a matter for negotiation between the parties at a pre-trial conference and in the absence of agreement the Court will determine the issue of fault. Separovic Injury Lawyers may very well be in a position to argue, depending on the specific facts of the case, that liability should be accepted either wholly or in part for the injured party.

ICWA will proceed with my claim but only on a without prejudice basis. What does this mean?

In some cases ICWA is not in a position to formally admit liability and instead notify the claimant they can proceed on a ‘without prejudice and without an admission of liability’ basis. Usually this does not in any way affect the outcome of the claim.

Part 5 of this act provides a formal dispute resolution process for disagreements regarding eligibility or treatment that may arise between a claimant with catastrophic injuries and ICWA.

Contributory negligence - how could it impact my car crash compensation claim?

The Civil Liability Act 2002 (WA) refers to the standard of contributory negligence which is defined as:


How can we assist with the assessment of your compensation claim?

We will provide you with simple to understand information about how much your car crash compensation may be worth, how to make a claim and how to deal with ICWA regarding any issues surrounding the admission of liability or apportionment of liability. Ideally, motor vehicle injury compensation claims should be lodged as soon as possible after an accident, so please call us now for assistance.