Shortly after the HIH Insurance Group was placed into liquidation in 2001, the federal government ordered a 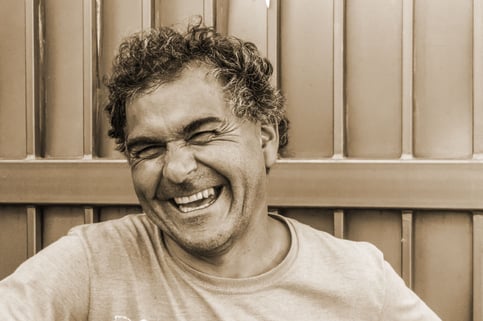 royal commission to investigate how such a large insurer could collapse, destabilise the insurance injury and leave debts of around $5.3 billion owing to creditors. In 2002, the Ipp report was commissioned at a meeting of state and territory ministers. It was hoped that findings from the report would help to identify whether the law of negligence and the awarding of damages in personal injury cases contributed to the structural problems being experienced by the insurance industry at the time.

Subsequent to the Ipp report, many jurisdictions around Australia enacted legislation which attempted to contain personal injury compensation payments ordered by the courts. It was commonly believed at the time, that if the average value of a personal injury compensation payout was decreased, that this in turn would slow increases in third-party and public liability insurance premiums.

The Taxation Laws Amendment (Structured Settlements and Structured Orders) Act 2002, was developed during this economic and regulatory environment and removed tax disincentives relating to structured or periodic payments of compensation awarded to injured claimants. This legislative change attempted to stabilise the financial position of insurers who, at the time, were struggling with fiscal pressures caused by the Courts awarding increasingly large personal injury compensation payments. It was thought that if structured or periodic personal injury compensation payments were made tax exempt then injured claimants would be more likely to consider alternative payment arrangements rather than just taking one large compensation payment.

When an accident related personal injury claim is settled by way of a lump sum payment, generally speaking there is no tax payable on the lump sum. In particular when calculating any claim for either past or future loss of income, any taxation component of the income is deducted and the amount claimed is calculated on net loss only.

This is very helpful and convenient to injured persons receiving a lump sum compensation payment in finalisation of their claim, as no tax is generally payable and it will not be necessary for them to deal with any taxation implications.

It is not uncommon in road accident personal injury compensation claims for ICWA to make advanced payments to the injured party for lost wages prior to the claim being finalised.

In the event that a road accident personal injury claim is determined by a Judge of the District Court the Judge will make an award of damages which will consist of a final lump sum compensation payment payable to the injured party. With regard to any claim for past or future loss of income or other financial heads of damage, the Judge will calculate the loss on a net of tax basis and consequently any award of damages will be net of tax and not taxable.

Car crash injury compensation payments - how do I complete my tax return?

If you have been involved in a car accident and receive tax-exempt personal injury compensation as either a one off lump sum or as periodic payments you will not be required to declare the lump sum payment or lodge a tax return. If you have other sources of income or receive interest or dividends it is likely that you will have to declare the income and lodge an annual tax return.

If you use your car accident injury compensation payment to earn income then any income derived from that source will need to be declared and will be treated as taxable income.

How can we help?

Separovic Injury Lawyers will provide you with clear and easy to understand advice regarding what personal injury compensation you may be entitled to, when it may be received and how it could be paid to you. The statutory limitation period for most motor vehicle accident compensation claims is three years from the date of accident. It is thus very important that injuries are assessed and treated and a claim lodged before this period expires.

Personal injury compensation claims should be made as soon as possible after an injury and delay can prejudice the final outcome, so please call us now for assistance.