Injured by a Uber, Ola, taxi or other commercial vehicle?

Western Australia's coastline stretches for over 12,000 kilometers and Perth's metropolitan area is over 120 kilometers end to end, making it one of the longest cities in the world. Not surprisingly to travel around these area's requires many kilometers of roads and many motor vehicles. The Australian Bureau of Statistics reported that in 2018 Western Australian drivers traveled over 27,401 billion kilometers. 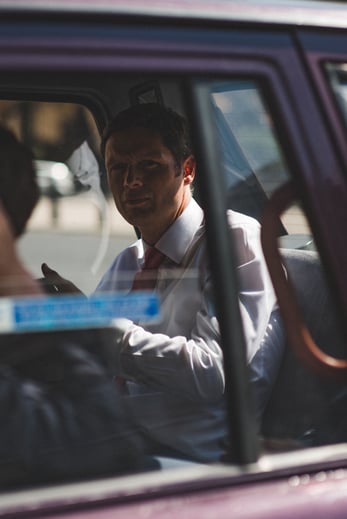 To move people and freight around Perth and Western Australia more and more commercial vehicles are being used. The Australian Bureau of Statistics has confirmed that in the last decade the use of road freight has increased, year on year, in all states across Australia. In recent years, Western Australian's have also enthusiastically embraced ride sharing services like Uber, Ola and Shofer. Traditional taxi's are also still regularly used by many Western Australian's and the Department of Transport has recently introduced the Transport (Road Passenger Services) Act 2018 in an effort to make the on demand transport industry safer, fairer and simpler for consumers to use.

Given that there are increasing numbers of commercial vehicles on Western Australian roads and that these vehicles are travelling comparatively long distances, it is not surprising that problems associated with road congestion and driver fatigue are increasing.

The West Australian Department of Mines, Industry Regulation and Safety's regulations on operating commercial vehicles provide very clear requirements for what lengths of time workers are allowed to drive and how often they must take breaks. Notwithstanding our generally good road and motor vehicle regulations and standards, accidents involving commercial vehicles are commonplace.

How could you be injured by a commercial vehicle?

Can you make a claim for personal injury compensation if you are injured by a commercial vehicle?

If you have been injured in a road accident involving a commercial vehicle you may be able to make a claim for personal injury compensation. In these cases a road accident personal injury compensation claim will need to be lodged with the Insurance Commission of Western Australia ("ICWA"). ICWA will investigate the circumstances of the claim and it will need to be found that the driver of the commercial vehicle was either totally or partially at fault for causing the accident. If ICWA admits liability on behalf of the negligent driver it will pay for the injured person's medical treatment and lump sum compensation. Once liability for the accident has been admitted ICWA will also be required to make a contribution to the claimant's legal bill.

How can Separovic Injury Lawyers assist you?