Humans have been exposed to traumatic events throughout our evolution as a species. Unfortunately, the evolutionary process has not improved our ability to cope psychologically with exposure to extremely traumatic events. Here, it is fair to say that an attack from a sabre tooth tiger or being a first responder in a catastrophic car crash can elicit similar physical and psychological responses.


During the First World War ‘shell shock’ became a significant medical and military issue and one that both the Axis and Allied armies struggled to treat. The British army, frustrated by the debilitating symptoms of shell shock, appointed Charles S. Myers, a medically trained psychologist to investigate the psychiatric impact of modern warfare. It has been argued that this early research was a precursor to the later development of post-traumatic stress disorder (“PTSD”) as a recognised psychiatric diagnoses.

In relatively controversial circumstances the American Psychiatric Association added PTSD to its Diagnostic and Statistical Manual of Mental Disorders in 1980. Here, at the time, critics argued that a mental illness must involve an inherent psychological weakness. For PTSD to be considered a mental disorder, the psychiatric community had to change long held views to the contrary and accept that a factor outside of the individual (a traumatic event) could cause a mental illness.

Post-traumatic stress disorder – what is it?

PTSD is generally recognised as a mental health condition that is caused by exposure to a terrifying incident. More specifically, Phoenix Australia, the National Centre for Excellence in Post Traumatic Mental Health defines PTSD as a set of reactions that can occur after someone has been through a traumatic event, whether directly or as a witness.

Unique among psychiatric conditions, a PTSD diagnosis cannot be made unless the patient has been exposed to a relevant stressor or traumatic event. Over time, numerous clinical trials have confirmed that there are great differences and variation in individual ability to cope with and process extreme trauma. This variation helps to explain why most people who experience traumatic incidents do not develop PTSD. Processing traumatic events involves individual and particular cognitive and emotional responses. These responses set the different thresholds individuals have to safely process traumatic events. 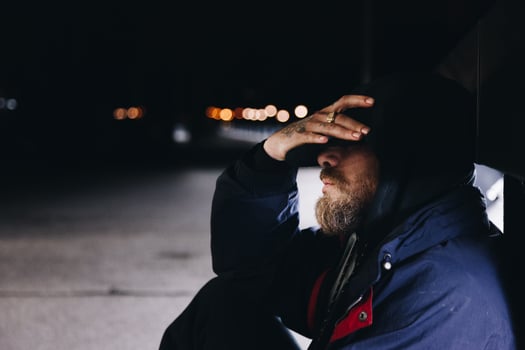 While most people exposed to traumatic events do not develop PTSD, a minority go on to experience many PTSD symptoms and develop the full-blown syndrome. Such observations have prompted the recognition that trauma, like pain, is not an external phenomenon that can be completely objectified. Research completed by the Mayo Clinic has confirmed that trauma, like pain, is filtered through cognitive and emotional processes before it is confirmed as an extreme threat. It should be noted here, that individual differences in this appraisal process mean that we all have different trauma thresholds. These differences are key to how resistant or vulnerable an individual may be to developing clinical PTSD symptoms after exposure to a traumatic event.

Although we all process traumatic events differently, it must be emphasized that events like serious car accidents, catastrophic work injuries and violent assaults are experienced by nearly everyone as traumatic events.

What are post-traumatic stress disorder symptoms?

The American Psychiatric Association’s Diagnostic and Statistical Manual of Mental Disorders is regarded as the global authority on PTSD symptoms. In the most recent edition of the manual the Association provides the following criteria for the diagnosis of PTSD:

“A” Stressor criterion: victim is exposed to or witnesses a catastrophic event involving death, death threats, injury or the threat of injury to oneself or others.

“B” Intrusive recollection criterion: the traumatic event, over a medium or long time-frame, is a dominating psychological experience that can cause panic, terror, dread, grief or despair. Here, nightmares, vivid re-enactments or flashbacks are often experienced. Triggers related to the traumatic event stimulate recollections of the original event and induce mental images, emotional responses and physiological reactions.

“C" Avoidance criterion: these comprise of behavioral techniques PTSD sufferers use to reduce the likelihood that they will encounter triggers i.e. by not watching television or movies with violent content.

"D" Negative cognition's and mood criterion: ongoing changes of beliefs and / or mood. Here, people experiencing PTSD suffer from negative emotions like anger, guilt, negative belief about oneself, others or the world or shame and are not able to link the occurrence of these emotions with their PTSD. Dissociative psychogenic amnesia can mean that the victim does not have the conscious experience of trauma related memories. Victims suffer from overwhelming negative emotions and are unable to experience positive feelings.

"E" Alterations in arousal or reactivity criterion: the victim suffers from panic, fear and anxiety disorders. Insomnia, cognitive impairment, inability to concentrate, hyper-vigilance and feelings of being constantly startled are all anxiety related responses experienced by sufferers of PTSD. Here, victims are often irritable, angry, exhibit aggressive behavior and tend to be reckless and self-destructive. It is not uncommon for individuals experiencing PTSD to carry out compulsive and out of character behavior like taking risks and attempting suicide.

G" Functional significance criterion: the victim must experience significant social, vocational or other stress as a result of these symptoms.

"H" Exclusion criterion: exclude symptoms are not due to medication, substance abuse or other illnesses.

Diagnosing PTSD can often be difficult as it can co-occur with a range of other conditions. Here for example, PTSD can often occur alongside substance abuse, personality disorders, anxiety disorders, affective disorders and dysthymia. These complications can cause a full PTSD diagnosis to be delayed until other conditions are first diagnosed and treated. There is also a variant of PTSD where symptoms are delayed and not experienced until months or even years after the traumatic event occurred.

In severe cases PTSD can become a chronic condition and persist over decades or even the remainder of a victim’s lifetime. In chronic cases of PTSD it is common for the sufferer to go through periods of remission and relapse.

Can you make a compensation claim if you suffer from post-traumatic stress disorder in WA?

Individuals suffering from PTSD in West Australia may be able to make a personal injury compensation claim. It is common, where victims suffer a physical injury, that the trauma associated with the accident causes associated psychological injuries. Here for example, people involved in work accidents, car crashes, public liability accidents or criminal assaults can suffer a primary physical injury and then go on to suffer secondary psychological injuries. These secondary injuries occur due to the traumatic nature of the accident.

Personal injury compensation claims can also be made where an individual experiences a traumatic event and the psychological injury is the primary injury sustained. Examples of this type of situation could include a worker witnessing a traumatic workplace accident, a passenger in a car being involved in a car crash and witnessing the death of the vehicle’s driver or a person witnessing the assault or murder of a friend or family member.

To be clear, if you are involved in a personal injury and suffer PTSD as either, a primary or secondary complaint you may be able to make a claim for compensation. The availability and extent of periodic compensation payments, medical treatment, rehabilitation and lump sum compensation depends on whether a compensation claim can be made through the workers’ compensation, motor vehicle accident, public liability, common law or criminal injury compensation system or a combination of these systems.

Dealing with PTSD diagnoses in personal injury compensation claims can be technically challenging and can be further complicated by the fact that PTSD has only recently been recognised by the medical and insurance industries as an injury. Given these concerns it is essential that injured victims making compensation claims involving PTSD diagnoses get expert legal advice from an experienced personal injury lawyer.

How is post-traumatic stress disorder treated?

It may seem counter intuitive but in the period just after an individual experiences a traumatic event it is not recommended that psychological debriefing is conducted. Here, it is suggested that practical care is provided which highlights social support networks and the development of coping strategies and personal resilience. In cases where individuals present as being significantly distressed or with a heightened risk of poor psychological adjustment more intensive treatment interventions may be prescribed.

Where PTSD has been diagnosed treatment involving psychotherapy or medication or a combination of both may be prescribed.

The Mayo Clinic explains that the following types of psychotherapy can be used to effectively treat children and adults with PTSD:

Phoenix Australia provides many helpful guides and resources for the treatment of PTSD. It notes that the following medications can help improve symptoms of PTSD:

In Wreford v Lyle (2018) WADC 173 Ms Wreford was a cyclist who sustained a range of severe injuries in a car accident. Ms Wreford suffered life threatening injuries, spent a significant time in hospital receiving treatment and underwent many surgical interventions. Subsequently, Ms Wreford was diagnosed with PTSD which was caused by the traumatic nature of her car accident and the trauma that she experienced as a result of her surgical treatment.

…on the evidence of all the medical experts, that at the time of trial Ms Wreford was unfit for any employment. Dr Tay considered her prognosis for a return to work to be poor due to her PTSD. Ms Vidovich said she was unfit for any employment without intensive psychotherapy. Her treating psychologist, Ms Connolly said she had made limited gains from treatment for PTSD, but that the prognosis for her adjustment disorder was better. Given her age, personality style and these opinions, I find that realistically her prospects of significant employment in the future are very limited.

How can Separovic Injury Lawyers assist you with a post-traumatic stress disorder compensation claim?

In recent years, Separovic Injury Lawyers has noticed a marked increase in the number of personal injury compensation claimants presenting with PTSD diagnoses. Given the complexities associated with the diagnosis, treatment and compensation of PTSD it is critical that injury law advice is obtained from a specialist plaintiff injury lawyer as soon as possible. Separovic Injury Lawyers has a team of caring and compassionate injury compensation lawyers that will make you feel comfortable and supported when you are at your most vulnerable. We take the time to ensure that you are listened to and help you to clearly understand how we can get the best possible treatment, rehabilitation and compensation available. If you have been injured and are suffering from PTSD you are not alone. Call Separovic Injury Lawyers now and get the support that you deserve.