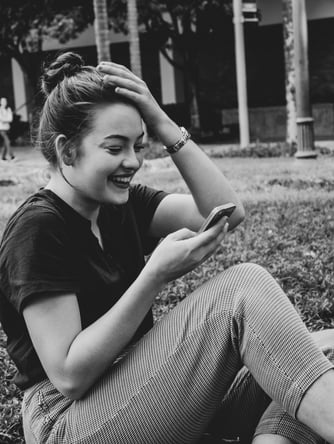 It means that workers can now enjoy the same legal rights and 3 year statute of limitation period that apply in all other compensation claims e.g. car accident and public liability compensation claims. The Termination Date procedure effectively reduced a worker’s common law claim statutory limitation period to only 1 year after the accident or to a maximum of 2 years if the Termination Date was extended.

Abolishing the Termination Date is simply putting workers back on an even playing field and on the same footing as other injured victims making compensations claims, when it comes to the time limit within which they are allowed to claim.

What is now extremely important is for all workers who currently have a workers compensation claim running, to seek urgent legal advice with regard to whether they can now make a common law claim.

So if your work accident occurred less than 3 years from the start of these changes (12 October 2020) you may now be able to make a common law claim if your lawyer can arrange for you to be assessed quickly and in time by a special WorkCover WA approved doctor who assesses you as having a 15% or above whole person impairment.

You can of course call Separovic Injury Lawyers for urgent, free, no obligation advice, with regard to this important matter.

Termination Date – What is it and why has it been so important?

When an injured West Australian worker makes a workers’ compensation claim it is made in accordance with the Workers' Compensation and Injury Management Act 1981 (“The Act”). If the injured worker is assessed as having a whole person impairment of 15% or above and it can be established that the employer did not provide a safe workplace, the worker will be entitled to proceed with a common law claim and this is in addition to the worker’s right to make a workers’ compensation claim.

Given an unnecessarily bleak and confusing name, the ‘Termination Date’ or ‘Termination Day’ is not the date on which a worker’s employment is terminated or their compensation payments are cut off. It is, however, the day, 12 months after the day on which the worker lodged their application for compensation with their employer. To proceed with a common law claim against the employer, an election to do so must be lodged at WorkCover WA with the 15% or above medical assessment before the Termination Date has passed, before the worker can proceed with a common law negligence claim against the employer.

In 2009, after consultation with injured workers, plaintiff injury lawyers, employers and workers’ compensation insurers WorkCover WA initiated a review of West Australia’s workers’ compensation legislation. The review was broken into two stages so that urgent legislative issues could be swiftly dealt with and then a more comprehensive legislative overhaul could be completed over time.

As part of its consultative process with stakeholders WorkCover WA released a Discussion Paper in October 2013 which outlined key proposals to be included in the rewritten legislation. Following the consultative process, in June 2014, WorkCover WA issued the Review of the Workers’ Compensation and Injury Management Act 1981: Final Report (“the Final Report”). Including 171 recommendations for legislative change, the Final Report recommended that the Termination Day be removed and argued that:


- there are very few elections made;

- one year extensions to the termination day are common (almost double the number of elections); and

- very few workers are being paid compensation at the end of the extended period (after two years).


Following the publication of the Final Report, in February 2018 Hon Bill Johnston MLA Minister for Commerce and Industrial Relations announced that the state government had approved that the workers’ compensation legislation be redrafted based on the recommendations identified in review process.

The Workers’ Compensation and Injury Management Amendment (COVID-19 Response) Bill 2020 (“The Bill”) was introduced into West Australian Parliament on 24 June 2020. Later, on 13 August 2020 the Bill was successfully passed through Parliament. The Bill came in to operation when it received Royal Ascent on 12 October 2020.

If the Termination Date has been removed what happens now?

Put simply, the requirement to elect before the Termination Date has been removed and now the Act refers to the general limitation date as the only applicable deadline in making a common law claim. The Limitation Act 2005 stipulates that personal injury and common law claims be made before 3 years pass from the date of injury (some exceptions apply, e.g. claims involving infants).

The requirement to formally make an election to claim remains, as does the need to prove that an employer was negligent by not providing a safe workplace. Where a negligence claim is made against an employer the requirement to be assessed as having a 15% or above whole person impairment remains.

I Have a whole person impairment of 15% and above - but not 25% or above. How do the changes impact my common law claim?

Where a claimant has a whole person impairment of between 15% to 24%, and the other requirements are met, a common law claim can be made. These are often referred to as ‘silver’ type common law claims. When a worker elects to make a silver common law claim their access to medical treatment and expenses is immediately stopped. The claimant’s weekly compensation payments are also reduced to zero gradually over the course of 6 months. Section 93P of the Act explains the gradual reduction in a very round about fashion, which, put simply is:


While the provisions of Section 93P will still apply to silver common law claims, the removal of the Termination Date means that workers may be able to delay their election date. This will allow a worker to receive medical treatment and weekly compensation payments for much longer through the claim period. Here, it is likely that eligible workers will not elect to make a silver common law claim until just before the 3 year statutory limitation period expires.

I missed the Termination Date. Does this mean I can now make a claim?

Section 93T(2) of the Bill gives the removal of the Termination Date retrospective effect. Here, worker’s eligible to make a common law claim that were not able to elect before their Termination Date expired may be provided with a second chance to claim. If the worker’s compensation claim is still within 3 years from the date of accident an election to make a common law claim could be lodged. This somewhat quirky but very fortuitous amendment provides a very significant lifeline to worker’s who meet the requirements to make a claim but missed out on doing so due to the previous deadline imposed by the Termination Date.

My Termination Date was extended. What do I do now?

The removal of the Termination Date has created a situation where it is unclear whether special evaluations under Section 93N of the Act will continue to be used. Technically, now a worker could simply wait until medical stabilisation before obtaining a whole person impairment assessment. If a worker was receiving a high rate of weekly compensation they may be at risk of exhausting their weekly payment budget (or prescribed amount) if they choose to obtain a whole person impairment close to the 3 year limitation date. It would appear that WorkCover WA will need to address this issue when the current legislation is finally redrafted. This area of the legislation is very complex and we strongly encourage claimants to obtain specialist plaintiff injury law advice.

Separovic Injury Lawyers can assist you in making a common claim

The recent legislative amendments have had a significant impact on whether particular injured workers can make a common law claim. Making a common law claim can be a very complicated and lengthy legal process. Despite this, the compensation that can be awarded can be very significant. If you believe that your workplace injury or illness occurred due to the negligence committed by your employer or a third party for that matter, do not delay and call us now. Separovic Injury Lawyers will provide you with comprehensive, free and no obligation legal advice and confirm whether or not you could make a common law claim.