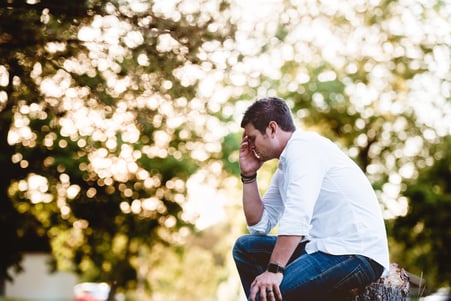 Western Australia over the course of 2015. These accidents involved 82,438 people, however, the Insurance Commission of Western Australia ("ICWA") reported that only 5,910 of these road accidents were attended by an ambulance. ICWA also report that only 3,205 people made a claim for road injury compensation. This suggests that many of these road  accidents did not result in major injury or trauma. However, looking at these statistics from another perspective they could suggest that there are a large number of people who have been injured in a road accident but have not made a claim for compensation. A reason for this may be that many injured road users might think that their injuries are not severe enough to report. Alternatively these injured people may simply be unaware that personal injury compensation is available to anyone who has been injured on the road due to the negligent driving of another person.

If you have been in a road accident, suffered whiplash injuries and a negligent driver was involved in the accident you will be able to make a motor vehicle accident compensation claim. The compensation available can consist of payments for pain and suffering, loss of enjoyment of life, permanent disability, financial loss, medical treatment and miscellaneous expenses.

To ensure that you receive the best possible compensation payment it is important that a thorough assessment of your physical, psychological and cognitive symptoms is completed by a medico-legal doctor. These assessments are then used by plaintiff personal injury lawyers to negotiate with ICWA and to ensure that the injured person receives appropriate treatment and all the compensation they are entitled to.

Whiplash injuries - what exactly are they?

19th century medical literature refers to a condition called "railway spine". These injuries were first found in railway passengers and staff who had been involved in railway collisions. In the 20th century the rapid expansion of the automotive industry coupled with general societal acceptance of motor vehicle ownership saw the global number of car accidents increase. Not surprisingly the number of whiplash injuries also increased. Alternative terms have been used over time but "whiplash" is the most popular term and is used widely in general and medical literature.

The Quebec Task Force was a work group sponsored by a Canadian public insurer. In 1995 the Task Force produced  a seminal system of whiplash classification and treatment guidelines which are still in wide use today. The Task Force defined whiplash as:

...an acceleration-deceleration mechanism of energy transfer to the neck. It may result from rear end, side-impact and frontal vehicle collision, but can also occur during diving or other mishaps. The impact may result in bony or soft tissue injuries (whiplash injury), which in turn may lead to a variety of clinical manifestations (Whiplash-Associated Disorders).

A significant amount of medical research has focused on the pathology of whiplash injuries. Recent Monash University research confirms that whiplash injuries primarily involve the zygapophyseal joints, the intervertebral discs, the upper cervical ligaments and specific nerve and muscle injuries around the neck and shoulders. Whiplash injuries can also involve paresthesiae which causes weakness in the upper limbs and other areas of the body.

While whiplash causes injury and trauma to a relatively small area of the body the symptoms experienced by whiplash sufferers are many and varied.

Well known for its research into whiplash treatment the Mayo Clinic notes that whiplash symptoms can include:

Many whiplash symptoms like neck pain, headaches and loss of motion, can be relatively easy to diagnose and tend to manifest shortly after the road accident. These symptoms are predominately physical in nature. There are, however, a number of symptoms that are much harder to diagnose and these symptoms can take much longer to present in the injured person. Here, in particular, psychological and cognitive symptoms can manifest sometime after the road accident and are often misdiagnosed as being caused by a later event and not the road accident. Symptoms like depression, forgetfulness, general distraction and insomnia can fall into this category and frequently do not get considered when an injured person makes a road accident compensation claim.

Whiplash injuries - how are they treated?

In their regularly updated and widely endorsed guidelines for the management of acute whiplash-associated disorders for health professionals, the New South Wales Government advocates that the following advice be used when caring for patients with whiplash injuries:

Treatments where there is no evidence for or against their use:

Whiplash injuries - how can they impact your life?

Given that whiplash injuries can involve physical, psychological and cognitive symptoms, each of which can present at different times along a relatively long time line, it is often difficult to predict how long it will take to effectively treat these symptoms. Many whiplash symptoms can also linger over time, be difficult to treat and have a generally deleterious impact on an injured persons ability to work and enjoy life. Anecdotally, many sufferers of whiplash injuries report pain symptoms that come and go but when they are present they cause significant pain and discomfort. It is the quite unpredictable nature of whiplash injuries that can often wear down sufferers emotionally and cause them to lapse in to periods of extreme frustration and depression. For others whiplash injuries are the source of constant and debilitating pain that prohibits them from carrying out the most basic of functions like sitting, walking or lying down.

Whiplash injuries - who is most at risk?

Significant research exists that confirms that people with particular traits or pre-existing symptoms may be at greater risk of developing further medical complications if they suffer a whiplash injury. Some of these risk factors include the presence of multiple initial symptoms, old age, being unemployed, having dependents, suffering osteoarthritis, being female and the severity of the initial symptoms. If any of these indicators are present it is generally advised that more intensive treatment be sought.


How can we help you with a whiplash injury?

Separovic Injury Lawyers will provide you with clear and down to earth information on how much your car accident compensation may be worth and how long the claim process could take. Given that whiplash diagnoses can be complex and that some symptoms take time to manifest it is important to get expert advice from a personal injury lawyer. The statutory limitation period for most motor vehicle accident compensation claims is three years from the date of accident. It is thus very important that injuries are assessed and treated and a claim lodged before this period expires.