How does the Bill protect health care workers?

Under the current workers’ compensation legislation, if a worker is diagnosed with a disease, the worker’s employment, must be established as significant causal factor in the contraction of the disease, for the worker to access workers’ compensation. The requirement to prove a causal link between the workplace and the disease can be an extremely time consuming and costly investigative process. In a recent article titled “Exactly what is a disease?” the Royal Australian College of General Practitioners highlighted some of the difficulties faced when a definition or categorisation of a disease is attempted:

A simple definition of disease is an ‘illness or sickness characterised by specific signs or symptoms’. But it is interesting that some dictionaries suggest that diseases are caused by ‘bacteria or infections’, seemingly dismissing psychological and non-communicable conditions as diseases, which is odd given that non-communicable diseases, such as cardiovascular disease and cancer, make up most ill health in the world today.

Section 5 of the Act provides a broad definition of the term ‘disease’ which includes “any physical or mental ailment, disorder, defect, or morbid condition whether of sudden or gradual development”.

If the worker, is able, to establish a nexus between their work and the disease, often the workers’ 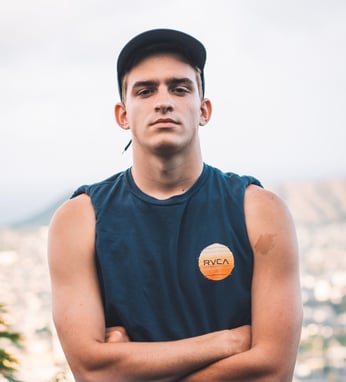 compensation insurer will then insist on commissioning their own investigations and medical reviews into the cause of the disease. Where the insurer is not able to identify the cause of the disease it will pend or defer making a decision on accepting liability for the workers’ incapacity. While the insurer considers the issue of liability the worker is left without weekly wage payments and must use up their sick leave and annual leave entitlements. Once these are depleted the worker risks having to wait out a period where they receive no regular payments at all. Where the insurer does not make a decision regarding liability or if it disputes liability then the worker must use WorkCover WA’s dispute resolution service where a conciliation and then, perhaps an arbitration, may be required to resolve the dispute.

Given its highly contagious nature, as the COVID-19 virus has spread throughout the world it has disproportionately infected members of the public that have had the highest instances of contact with it. Here, health professionals in the front line dealing with patients with the virus have been severely impacted. As COVID-19 spread the West Australian government was quick to identify that health care professionals faced significant risks to their health and livelihoods if greater protection was not provided to them through the auspices of the workers’ compensation system.

Without specific legislative protection health care workers faced having to prove that they contracted COVID-19, while they were at work, in order to make a successful workers’ compensation claim. While the WA Bill does not specifically mention COVID-19 it confirms in Section 49F that:

(a) specify diseases for the purposes of this section (each a prescribed disease);

(2) The regulations cannot specify a disease to which section 33 or 34 applies.

(a) impose conditions or limitations on the operation of subsection 3; and

(b) specify the day on which subsection 3 applies to a worker or class of worker in relation to a prescribed disease; and

(c) specify the day on which an injury by contracting a prescribed disease that under subsection 3 is taken to be from prescribed employment is taken to have been suffered.

In moving the Bill, the Minister for Regional Development, Minister MacTiernan explained that the Bill:

will enable regulations to be made with retrospective operation from 16 March 2020, the day of the first COVID-19 emergency declaration in WA. The legislative change required is small, but the effect on our healthcare workers is big. It will mean that they will be supported through the workers’ compensation process and get the compensation they need for medical treatment or time off work, or their dependent loved ones will receive financial support if the worker tragically dies as a result of the disease.

What changes does the Bill make to the workers’ compensation ‘Termination Day’?

A 'standard workers' compensation' claim is made through the operation of the Workers' Compensation and Injury Management Act 1981. In certain circumstances, a common law industrial negligence claim, can be made in addition to a workers’ compensation claim. In contrast to a workers’ compensation claim, a common law claim can be made not just against the employer but also any third parties who may have been wholly or partly negligent in causing the injury. Before an injured worker can elect to make a common law claim against their employer they must first, be assessed as having a whole person impairment of 15% or above. Second, the worker must establish that the employer failed to maintain a safe workplace and that this negligence caused the work injury or illness.

Note that when a worker brings a negligence claim against a third party, neither the Termination Day or whole person impairment threshold system applies. It only applies to potential common law claims against the employer.

The response to the COVID-19 pandemic involved restrictions, imposed by state government public health directives, which required strict social distancing and limits on travel. These restrictions significantly impacted the operations of approved medical assessors who provide whole person impairment assessments to injured workers. The restrictions also impacted access to, and the operations of, plaintiff injury lawyers, investigators and other specialists that play crucial roles in the preparation and election of a common law claim. These circumstances significantly disadvantaged injured workers who may have been attempting to access the services of these professionals to prepare their common law claims.

In order to alleviate these issues Section 93T of the Bill introduces the following transitional arrangements regarding the Termination Day:

(1) In this section — commencement day means the day on which the Workers’ Compensation and Injury Management Amendment (COVID-19 Response) Act 2020 section 7 comes into operation; former Subdivision means Subdivision 3 as in force immediately before commencement day.

(4) Nothing in the Workers’ Compensation and Injury Management Amendment (COVID-19 Response) Act 2020 sections 7 to 11 affects the validity or effect of an agreement or assessment recorded by the Director under section 93L(2), or an election registered by the Director in accordance with the regulations, before commencement day.

It should be noted that the removal of the Termination Date has not had an impact on the administrative requirements involved in electing to make a common law claim or on the requirement to be assessed as having a 15% or above whole person impairment.

What changes does the Bill make to workers’ compensation weekly payments?

The Bill will also provide a mechanism to protect workers’ compensation recipients against any reductions in their indexed compensation payments. Workers’ compensation payments or ‘prescribed amounts’ are indexed annually. The indexation process involves calculations of the movement of national indices like average weekly earnings, the wage price index and the consumer price index. Here, Section 5(4)(5) of the Bill confirms that “for a particular period, variation under the regulations of an adjustable amount would reduce the amount, the amount is not to be varied for the period”. This means that if the annual indexation of the prescribed amounts was to result in a reduction of the amount then the indexation will be ignored.

How can Separovic Injury Lawyers assist you with understanding the new Bill or making a common law claim?

If you believe your employer or a third party did not provide a safe workplace, may have been negligent and played a part in causing your accident or illness, we strongly encourage you to call us as soon as possible. Our initial advice confirming whether you may have a common law claim will not cost you anything, but missing out on making a common law claim could cost you your future.