Information on global workplace fatalities is not reported or collected in a standardised fashion. Formed in 1919 the International Labour Organisation (“ILO”) is an agency of the United Nations and attempts to bring together governments, employers and workers from 187 member states. The ILO maintains statistics on workplace injuries and fatalities but recognises that in many countries workplace accidents and deaths are significantly under-reported. In joint research between the ILO and a couple of Finnish universities it was estimated that in 1998 there were 350,000 workplace deaths across the world. This research found that Morocco was the most dangerous country to work in as it recorded 48 deaths per 100,000 workers. In more contemporary research the ILO found that in 2015 there were 38 deaths per 100,000 workers in the Occupied Palestinian Territory.

Fortunately, Australia is a relatively safe country to work in when compared to many of its international peers. Australia has a well-established workplace health and safety system that includes comprehensive legislation, well equipped regulatory bodies and an effective legal system. Despite this Australia records a horrifying number of workplace deaths each year and we can all agree that one workplace death is too many. Based on current workplace fatality figures provided by Safe Work Australia every two days an Australian is killed at work or while carrying out their work. Preliminary data confirms that in 2020, 182 Australian workers were killed at work and 183 workers were killed at work in 2019. These figures specifically exclude workers who die from natural causes, self-inflicted injuries, diseases not caused by one’s work environment or medical intervention. More specifically, in 2017, Western Australia recorded 1.5 deaths per 100,000 workers. This was the third lowest worker death rate behind Victoria and the Australian Capital Territory. The Northern Territory recorded the highest figure with 5.1 deaths per 100,000 workers.

In the first case of its kind in Western Australia, a company director has been sentenced to 2 years 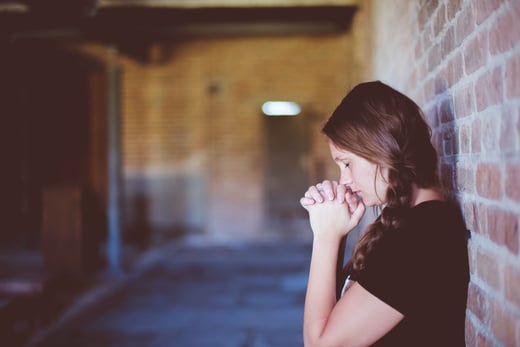 and 2 months imprisonment under the Occupational Safety and Health Act 1984 (WA). This is the first time an employer has been jailed under Western Australian workplace safety laws. Mark Withers the owner, operator and sole director of MT Sheds pleaded guilty to 7 separate charges regarding a workplace death in March 2020. The workplace accident involved two workers employed by MT Sheds who were installing roofing panels on a large machinery shed at a farm about 100 kilometres east of Esperance. Jake Williams (25 years old) and his co-worker Fraser Pinchin (21 years old) were on top of the roof when a strong gust of wind picked up a loose roof sheet and caused the workers to fall off the roof. Mr Williams fell about 9 metres from the apex of the shed rood and died. Mr Pinchin fell about 7 metres from the shed’s gutter and suffered multiple fractures to the pelvis, hip, ribs and wrist.

Worksafe WA’s investigation found that MT Sheds had not provided appropriate safety control measures and that this negligence led to the death of Mr Williams and the injury of Mr Pinchin. Both employees were allowed to work without a High Risk Work License and Mr Williams did not hold a white card or Construction Induction Training Certificate. The company was found guilty of gross negligence and Mr Withers was sentenced to 8 months imprisonment to be served immediately and another 12 months suspended imprisonment. Mr Withers was fined $55,000.00 and MT Sheds was fined $550,000.00 for a range of workplace health and safety breaches. Mr Withers was also fined $2,250.00 for operating a crane without a licence.

Can the dependants of someone killed at work claim compensation?

Depending on the specific circumstances of the accident, the dependants of a worker who has been killed at work may be able to make a number of different compensation claims.

These claims could include:

Who can make a workplace fatality compensation claim?

The Workers’ Compensation and Injury Management Act 1981 (WA) (“The Act”) enables a worker’s dependants to claim compensation where a worker has died due to a work related accident or illness. Here, compensation can be claimed by financially dependant family members including current or former partners (spouse or defacto), children and other family members (if there is no dependant partner or children).

Schedule 1A of the Act notes that the following dependants can make a workplace fatality claim:

a prescribed family member if -

a partner, child or prescribed family member is a dependant if the person –

The compensation that is available in these claims includes:

Schedule 2 of the Act notes that the total lump sum payable to dependants is currently set at $589,928.00.

Schedule 1A Division 2.7.1 of the Act provides a useful table that details how lump sum compensation is apportioned between dependants:

Schedule 1A Division 2.8 of the Act explains that an eligible child is:

Schedule 2 of the Act notes that a child’s weekly allowance is currently $139.30.

Funeral expenses are currently set at $10,2180.00 and are indexed annually according to the consumer price index. Funeral expenses can also be provided to non-dependants of the worker.

The Act is vague in its description of what medical expenses can be claimed in regards to the death of a worker. The Act simply states that reasonable medical expenses incurred prior to the worker’s death can be claimed. These expenses could include ambulance transportation, hospital accommodation, diagnostic processes, surgical procedures, medical aids and medical treatment.

Medical expenses can also be provided to non-dependants of the worker.

Negotiating workplace fatality compensation claims can be a highly technical legal process. It is of critical importance that you obtain legal advice from an expert injury lawyer based in Western Australia. Make sure you do not jeopardise your legal entitlements or the entitlements of other dependants and call us now for free, specialist injury law advice.

Workplace fatality claims – how are they made?

A dependant is required to lodge a claim with the deceased worker’s workers’ compensation insurer. The insurer then makes a determination as to whether the claim is admitted or denied. Every workplace fatality compensation claim must also be lodged with WorkCover WA whereupon an arbitrator will make a final determination.

What happens if an injured worker dies from something other than the work injury?

Therefore, if a worker was receiving workers’ compensation at the time of death and the death was caused by an affliction unrelated to the work, compensation may still be payable to dependants.

Here, lump sum compensation may be paid if:

The amount of lump sum compensation payable in these cases is the sum of one year of weekly payments that the deceased worker would have received if they were totally unfit for work.

When can a common law negligence claim be made?

In addition to a deceased worker’s dependants being able to bring a workplace fatality compensation claim under the WA workers’ compensation legislation, it may also be possible for dependants of a deceased worker to bring an additional compensation claim, under the common law. These claims consist of firstly, a claim brought for future financial losses arising as a result of any dependant of the worker no longer being able to receive the benefit of the deceased worker’s financial support. Secondly, it may be possible to bring what is commonly referred to as a ‘nervous shock’ claim if the dependant can establish that they have sustained a diagnosable psychiatric injury arising as a consequence of the death and provided that certain legal tests are satisfied.

The Fatal Accidents Act 1959 (WA) may allow the dependants of a worker who is killed at work to make a common law negligence claim. In these claims the death of the worker must be found to have occurred due to the employer and / or any third party or parties committing a wrongful or negligent act. Here, the Fatal Accidents Act 1959 (WA), notes in rather antiquated expression that:

…where the death of a person is caused by a wrongful act, neglect or default, and the act, neglect or default is such as would (if death had not ensued) have entitled the party injured to maintain an action and recover damages in respect thereof, the person who would have been liable if death had not ensued is liable to an action for damages, notwithstanding the death of the person injured, and although the death was caused under such circumstances as amount in law to a crime.

In these cases the compensation or damages that can be sought presume that the death of the worker had not ensued and include:

There is also a possibility that a dependant of a person killed at work could make a claim for psychological damages or nervous shock. In these cases, a negligence claim for non-economic losses could be made through the Civil Liability Act 2002 (WA). Here, it would need to be established that the defendant owed the plaintiff a separate duty of care not to cause psychiatric or psychological injury to the plaintiff, by causing death to the worker.

Section 5S.2 of the Civil Liability Act 2002 (WA) provides clarification as to what circumstances could cause mental harm to a plaintiff and includes:

The ability to claim compensation for psychiatric injury or nervous shock through the tort of negligence was explored in the cases of Tame v New South Wales; Annetts v Australian Stations Pty Limited [2002] HCA 35. In an interesting turn of events these cases were heard by the High Court of Australia together. While the court dismissed Tame’s action, it unanimously upheld the Annetts’ claim with the majority finding that their psychiatric injury was a reasonably foreseeable consequence of the negligence of Australian Stations Pty Limited and that they were entitled to compensation.

Focusing on the Civil Liability Act 2002 (WA), it should be noted that Section 9 imposes a threshold or minimum level of damages that must be suffered before the court is able to make an award for damages for non-economic losses. Here, the Civil Liability Act 2002 (WA) uses a formulaic approach to the assessment of these damages and the current threshold amount is $22,500.00.

Separovic Injury Lawyers – how can we help you?

Workplace deaths cause dependants huge amounts of pain, suffering, grief, anger and financial hardship. The lives of dependants are instantly thrown into a horrible vortex where they are required to deal with the employer, the workers’ compensation insurer, the police, the coroner, WorkCover WA, Worksafe WA, funeral providers and superannuation funds just to name a few. Dependants are also usually required to attend to the will and last testaments of the deceased worker. During this period dependants also must do whatever is legally possible to secure financial security from the deceased worker’s estate and entitlements. The process of making a workplace fatality claim with the workers’ compensation insurer and WorkCover WA and dealing with the deceased worker’s will cannot be arbitrarily expedited and thus can take a significant amount of time. It is therefore crucially important to the financial well-being of any dependants that these claims are made as quickly, efficiently and effectively as possible.

Separovic Injury Lawyers understand exactly how traumatic it is dealing with the death of a loved one. The stress and pressure put on the dependants of deceased workers should not be underestimated. This situation is sometimes made more complicated as the deceased worker often has been the member of the family who dealt with the legal and financial affairs of the family unit. Give yourself and other dependants a head start by getting clear information on exactly what compensation may be available to you. You will need an expert West Australian injury lawyer to explain to you what compensation you may be able to win, how the claim process is completed and how the best possible lump sum payment can be secured. Take the risk out of your workplace fatality claim and call us now on 9227 1000 for free and compassionate legal advice.