Disturbingly in 2019 and 2020 motor vehicle accident compensation claims in Western Australia increased when compared to the previous seven years. This increase is in contrast to the long term trend which has seen the number of road accident related personal injury claims decrease gradually over time. Anecdotally, the recent increase in these compensation claims can be attributed to growing traffic congestion, increasingly distracted drivers, drink and drug driving and time poor road users who speed in an effort to get to their destination. Not surprisingly, the recent increase in road accident related personal injury compensation claims has also increased demand for the services of expert plaintiff injury lawyers. These injury lawyers assist victims who have been injured in road accidents to claim compensation for their damages. 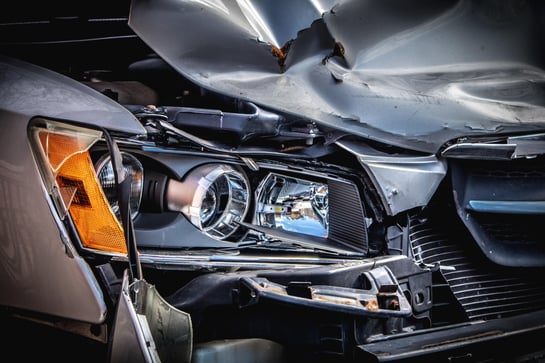 can be caused by a vast range of factors. Rear end car crashes are a particularly common form of road accident experienced in Western Australia. Many of these collisions are caused by drivers not paying attention and in recent years the West Australian Police Force has waged specific campaigns to target the issue of driver inattention. Unfortunately, the statistics released by the West Australian Road Safety Commission do not provide specific information on the number of rear end car accidents that occur in West Australia each year. These statistics do, however, report on fatal road accidents and confirm that on average 10 West Australian’s die each year in rear end car accidents.

In a 2016 study published in the Journal of Transportation Research it was estimated globally that rear end collisions account for 20% to 30% of all car accidents and about 10% fatal road accidents. Simply, rear end motor vehicle accidents occur when one driver crashes into the back of another vehicle. This type of road accident can occur when the vehicle that has been crashed into is either stationary or in motion. Rear end collisions are often caused by negligent drivers texting, checking one’s phone, talking on the phone, reaching for items, eating, smoking, arguing with passengers and by simply being distracted or inattentive.

In the past rear end collisions were often regarded as simple ‘fender benders’ or minor accidents to be joked about and generally made light of. Access to thorough academic research and education is helping to change attitudes and increasingly rear end car accidents are being correctly identified as a major cause of debilitating injuries.

The most common injury experienced in rear end car accidents is whiplash. The Mayo Clinic defines whiplash as a neck injury caused by forceful and rapid back and forth movement of the neck, much like the cracking of a whip. In detailed research on the biomechanics of neck injuries resulting from rear end vehicle collisions, whiplash, was found to impact the “facet joint tissue, the intervertebral disc, the ligaments, the spinal cord, the muscle and the dorsal nerve roots”. For more detailed information on whiplash injuries please see our blog on the subject.

In British research published in the Journal of Bone and Joint Surgery it was found that injuries commonly resulting from rear end car accidents included bruising, breaks and fractures to legs, ankles, wrists and hands, facial injuries, head injuries, shoulder injuries, neck injuries and spinal injuries. Regarding spinal injuries, damage to the lumbar spine and the C6 and C7 vertebra of the cervical spine were the most common.

Being involved in a rear end car accident is a highly traumatic experience and one that often leads to the victim suffering acute psychological symptoms. Here, victims often become extremely anxious when they are in a vehicle that becomes stationary and cars then come to a stop behind it. In Swedish research that followed the health outcomes of rear end road crash victims for five years after their accident, it was found that the participants suffered a high frequency of depression, post-traumatic stress disorder and a low level of life satisfaction.

Rear end collisions - can you make a claim for personal injury compensation?

If you have been injured in a rear end car accident and was in the vehicle that was smashed into you most likely will be able to make a claim for compensation. If there are no extenuating circumstances or contributory negligence, then these claims are usually admitted by ICWA without legal complication. Once your claim has been admitted by ICWA the compensation that can be sought includes payments for pain and suffering, financial loss, permanent disability, loss of enjoyment of life, medical treatment and other miscellaneous expenses.

Minor injury – can I still make a compensation claim?

It is important to note that each year many road accident victims do not proceed to make a compensation claim for their injuries. Often, these victims have suffered relatively minor injuries like mild whiplash and are simply unaware of the treatment and lump sum settlement that could be available to them. Interestingly, public awareness regarding the possibility of making a minor injury claim seems to be increasing. Here for example, ICWA noted in its 2020 annual report that minor injury claims increased by 6.8% compared to the prior year (8,461 in 2020 and 7,920 in 2019).

If you have had a minor injury due to a rear end car accident we strongly suggest that you call one of our expert Perth injury lawyers on 9227 1000 and find out what your claim could be worth.

Many of our clients who have suffered minor whiplash injury are very surprised when advised how much their claim could be worth. For example, a minor to moderate whiplash injury to the neck which is assessed by a medicolegal specialist as representing say a 5% to 10% disability to the neck, can potentially involve the injured party receiving compensation in the vicinity of $10,000 to $50,000 depending upon the specific circumstances of the case.

a minor whiplash neck injury will likely be entitled to receive a lump sum payment in addition to having all of their treatment paid for. However and very importantly, in order to secure a reasonable lump sum payment, in our opinion it is essential for the injured person to engage an expert injury lawyer who will know exactly how to prepare the case, conduct and run the case and eventually negotiate a successful settlement of the claim at a pre-trial conference.

Can you claim if you were in a vehicle that smashed into the rear of another vehicle?

If you were a passenger in a vehicle that collides with the rear of another vehicle and were injured you will be able to make a compensation claim.

If you were the driver of a vehicle that crashes into the rear of another vehicle and were injured you may be able to make a compensation claim. Here, it will need to be established that another driver was partly at fault for the accident. Examples of where a driver of a vehicle that rear ended another vehicle may be only partly at fault for the accident include where:

Determining each driver’s level contributory negligence is a technical legal assessment which an expert car crash lawyer can complete and provide advice on. Negotiations around the issue of apportioning negligence are often vigorously contested in car accident compensation claims.

Separovic Injury Lawyers have extensive experience dealing with claims where ICWA has either denied liability or offered a very unfavorable apportionment of liability. Here, it is important to realise that ICWA’s initial determination is simply the beginning of the negotiation process and that many of these claims are successfully negotiated and settled for excellent results. In these situations it is critical to obtain legal advice as soon after the accident as possible. Please don’t delay and call our expert road accident lawyers on 9227 1000 to ensure primary evidence and witnesses are secured and your claim is given the best possible chance of success.

As our roads become increasingly congested accidents involving multiple vehicles are becoming more and more commonplace. In congested traffic conditions rear end collisions can often push the car hit from behind into the vehicle in front of it. These ‘pile-up’ type accidents can cascade and end up involving multiple vehicles which are hit from the behind and front. In these situations it is vital to have an expert car accident lawyer to meticulously analyse the evidence and build a case to secure the most favorable apportionment of liability.

Separovic Injury Lawyers can assist you.

Separovic Injury Lawyers have over 35 years’ experience achieving excellent settlement results in rear end motor vehicle accident compensation claims. Securing the best possible result requires a dedicated team of expert personal injury lawyers based in Perth, WA. Separovic Injury Lawyers will secure crucial primary evidence, obtain expert medicolegal evidence, prepare your claim and negotiate hard with ICWA’s lawyers. We will pay for your case related expenses so we can get your claim moving while you focus on your recovery and return to work without added financial stress. Please don’t delay and call us now on 9227 1000 for free, no obligation, legal advice.